Ghanaontheglobe.com report indicate that controversial Kenyan English teacher, Mwalimu Joshua Njenga, has highlighted some errors that he believes was made by the Buckingham Palace.

The release was made by the Royal Communications on behalf of the Queen of United Kingdom, Queen Elizabeth II concerning some revelations that Prince Harry and Meghan made known to the public during an interview with Opera Winfrey.

Mwalimu indicated soo many errors in the Queens release which has made everybody talking especially based on the fact that the letter was released by the Buckingham Palace on behalf of Queen Elizabeth ”the founders of english”. The English teacher is also noted for marking president Nana Addo’s speech as Ghanaontheglobe.com earlier reported.

Prince Harry and Meghan spent lots of time giving their side of many of the tabloid stories that have circulated about them since they got together.

When Oprah asked Meghan if she was concerned about how the royal family would react to the interview, the Duchess replied, “I don’t know how they could expect that after all of this time, we would still just be silent if there is an active role that ‘The Firm’ (royal family) is playing in perpetuating falsehoods about us. And if that comes with risk of losing things, I mean, there’s a lot that’s been lost already.”

Meghan and Harry gave their views about the drama behind their royal exit and questions they said came up about “how dark” their baby’s skin tone would be. Meghan also spoke of having suicidal thoughts, and she and Harry offered their takes on how they were treated by members of the royal family.

After the interview, tennis legend Serena Williams tweeted a message of support for the Duchess of Sussex saying, “Meghan Markle, my selfless friend, lives her life — and leads by example — with empathy and compassion. She teaches me every day what it means to truly be noble. Her words illustrate the pain and cruelty she’s experienced.” 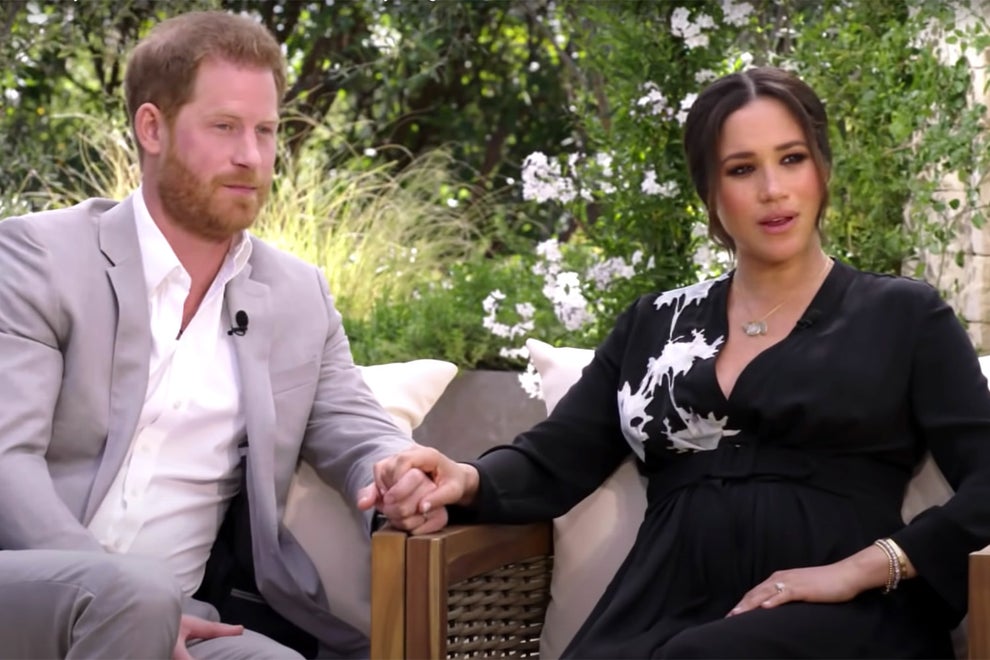 Am a certified truth-teller/blogger with a distinguished opinion to life. Student at the University of Ghana. C.E.O of Ghanaontheglobe.com, For Promos/Ads/Booking for Events contact: 0548555750/ [email protected]
Previous “WE WANT RAMATU NOT SAMIRA, NDC CHANTS THE NAME OF RAMATU, THE ALLEGED FIRST WIFE OF BAWUMIAH
Next Biography of Mwalimu Joshua Njenga

Spread the love The victim of an armed robbery incident on Monday, April 12, at …