A team from the Kumasi Zoological Gardens has captured two pythons near a river at Bronkrong in the Afigya Kwabre South District of the Ashanti Region.

Residents informed officials of the Zoo about the reptiles whose presence in the area brought fear to inhabitants.

The species, the African rock python is a large constrictor snake in the python family. The species is native to sub-Saharan Africa.

The species is native to sub-Saharan Africa. It is one of eleven living species in the genus Python. 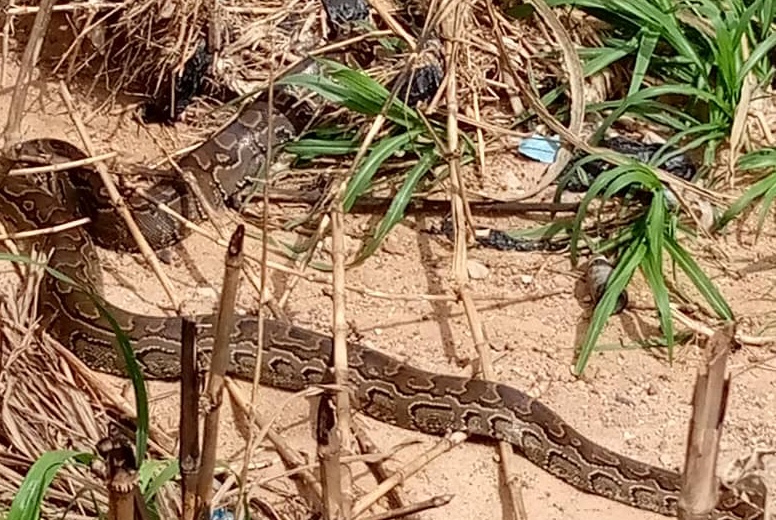 It has two subspecies with one found in Central and Western Africa, and the other subspecies in Southern Africa.

The capture team also found 54 eggs after picking up the pythons.

The manager of the Kumasi Zoo, Dr. Meyir Yiryele Ziekah indicated that his outfit has captured several snakes in parts of the Ashanti Region.

“We had a call from the Assembly Member of the area that they have spotted three African Rock Pythons in an area in the Kronom Afrancho area and that the residents were terrified and they cannot go about their normal duties peacefully. So we planned and we went with our capture team from the Kumasi Zoo and we were able to capture two of the African Rock python,” he explained. 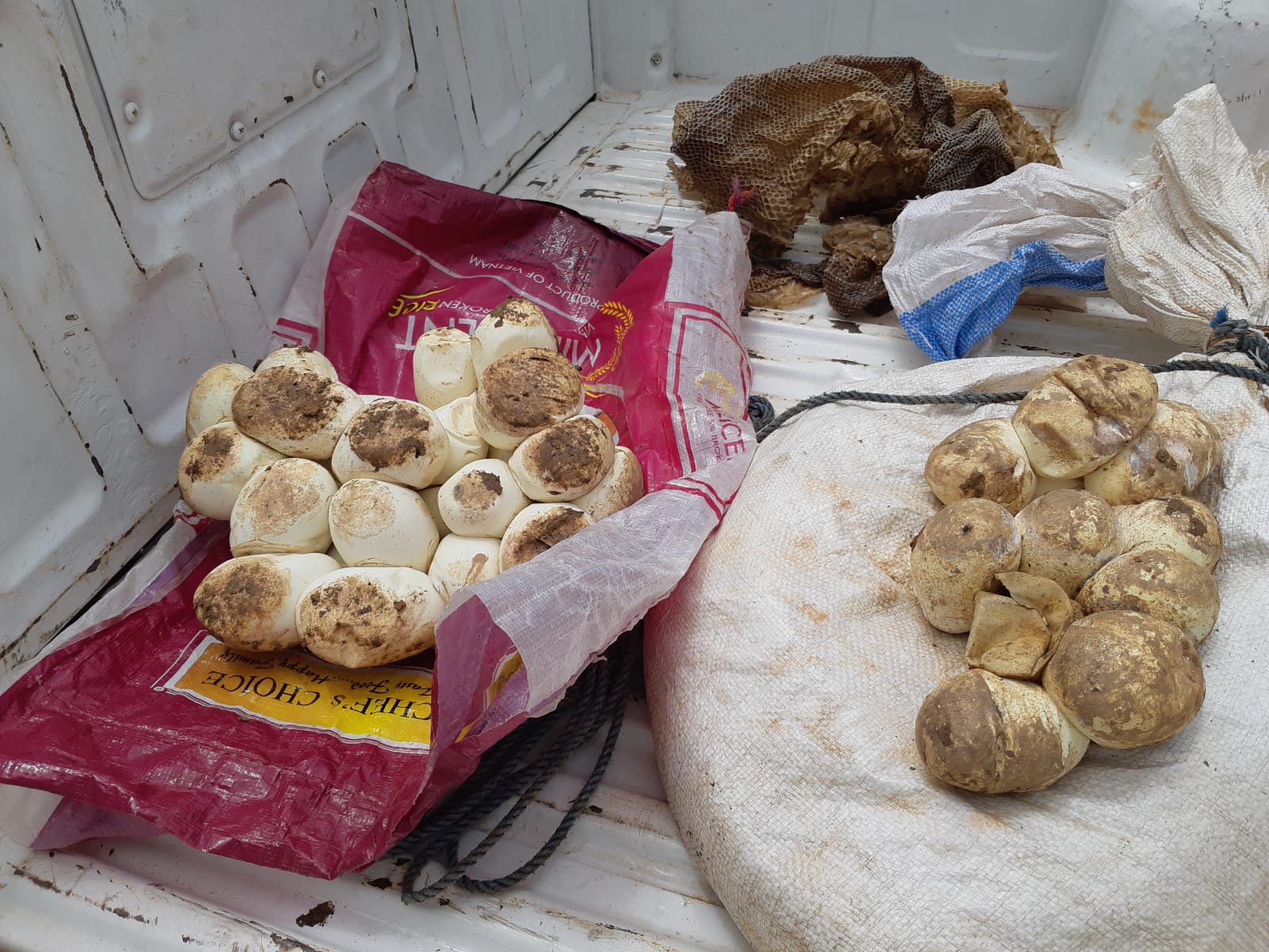 Dr. Yiryele Ziekah indicated that that type of reptile has become common in residential areas in the Kumasi metropolis.

He added that the team recently captured similar reptiles at the Kumasi Central market project site and other areas in parts of the Ashanti Region.

He advised residents to be very cautious and avoid practices that will further cause destruction to the environment.

With the onset of rains, officials at the Kumasi Zoo say such reptiles will appear in residential areas especially those who live close to water bodies.

Am a certified truth-teller/blogger with a distinguished opinion to life. Student at the University of Ghana. C.E.O of Ghanaontheglobe.com, For Promos/Ads/Booking for Events contact: 0548555750/ [email protected]
Previous Covid-19: Germany limits use of AstraZeneca Covid jab for under-60s
Next Minority MP’S must apologize to Ghanaians for portraying Ken-Ofori Atta as a ‘demon’ – Prof. Gyampo

Spread the love The victim of an armed robbery incident on Monday, April 12, at …