Everything you need to know about Nana Agradaa [Biography, Husband, Wealth, Age…]

CEO Of GhanaCelebrities.com Cries Out Loud After Loosing GHS 300 To Betting

“Sarkodie is never my friend, he would’ve posted my new song 12 times a day if he was my friend” – Kuami Eugene

Nana Agradaa is a popular Ghanaian fetish-priestess and spiritualist who’s real name is Madam Patricia Asieduaa. Nana Agradaa was was born in the early 1970’s and she is believed to be in her early 50’s.

Her shrine is located somewhere in Sowutuom in the Ga –Central Municipality in the Greater Accra Region, Ghana.

Nana Gained public attention by taking her spiritual practice to the television where she advertises herself and encourages people to come and get money from her Shrine through her “Sika Gari” means.

Currently Nana Agradaa is believed to be very rich and worth millions of dollars. She owns a lot of houses and the best luxurious cars you can imagine. 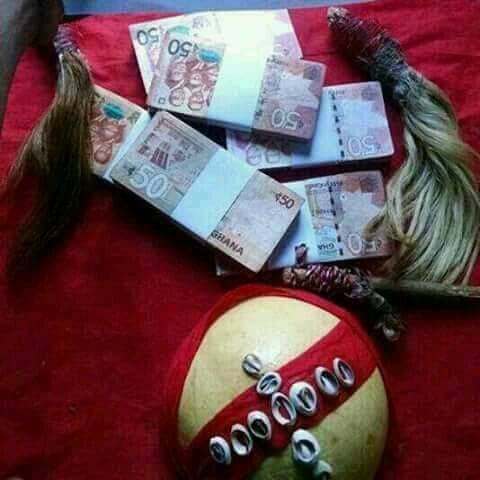 Nana Agradaa is married to a pastor called Mr. Eric Oduro Koranteng. Agradaa has a number of children.

According to Ghanaontheglobe.com official reports  popular Ghanaian ritualist, Nana Agradaa has been arrested over ‘money-doubling ritual’ with his television stations shut down.

Her Two TV channels  Thunder TV and Ice1 TV  that allegedly broadcast money doubling content at Kasoa in the Central Region, were also shut down for operating without licenses. The two pieces of equipment each used in the illegal transmission from both premises taken.

This was announced by the Minister for Communications and Digitalisation, Ursula Owusu-Ekuful on her social media page on Wednesday, April 21, 2021.

The directive was issued by the state over recent killing of people for money rituals.

“At about 22:00hrs on 20/04/2021, a joint team of Police and National Security Intelligence Operatives, in collaboration with the National Communications Authority, stormed the premises of two satellite television stations, namely, Thunder TV and Ice1 TV, who were illegally transmitting without licenses, at Kasoa in the Central Region

The team arrested the offenders among which included the owner of Thunder TV, Patience Asiedua, popularly known as Nana Agradaa, and seized two (2) pieces of equipment each used in the illegal transmission from both premises. Nana Agradaa advertises her “Sika Gari” on her TV station, which she claims is her personal god that multiplies money with some rituals she makes. She has hence admitted to this illegality and is currently in custody assisting with further investigations.

The influx of unregulated television stations on air has led to the promotion of certain content which may affect public order, public morality, and the rights and reputation of others. As such, efforts are underway to rid the system of this canker and reduce overcrowding on Ghana’s airwaves.

Am a certified truth-teller/blogger with a distinguished opinion to life. Student at the University of Ghana. C.E.O of Ghanaontheglobe.com, For Promos/Ads/Booking for Events contact: 0548555750/ [email protected]
Previous Sarkodie drops new banger titled “No Fugazy”
Next Video: Legon student dies after falling from 4th Floor of Mensah Sarbah Hall

Spread the love According to Ghanaontheglobe.com reports fast-rising Ghanaian singer, Gyakie  has surpassed Sarkodie with …