The 24-year-old striker, who once had a spell with Belgian top-flight side KV Mechelen, is in his final week of training with the Sogakope-based side.

It is however not known if he would sign a professorial contract with the Ghanaian top-flight side after spending some few weeks with him secretly.

Sharaf has been working out to remain fit along with close friend Hope Doagbodzi.

”Sharaf has been good and a wonderful kid. Very respectful and determined to succeed as a footballer. He’s well travelled but was impressed with the facilities here and that’s a plus for us,” a club source told GHANASoccernet.com

In 2016 when his father was still head of state, he signed for Belgian top-flight side KV Mechelen.

Sharaf showed glimpses of his skills when he featured in ex Ghana captain Stephen Appiah’s testimonial played in June, 2015.

Sharaf Mahama is already popular with footballers in Ghana as he is close friends with Andre Ayew, Jordan Ayew, Asamoah Gyan and Stephen Appiah.

He is a football and fitness addict who has joined his father in public fitness activities in recent times.

While studying in Dubai, he regularly attended matches of Ghana captain Asamoah Gyan when he was the star striker of Al Ain in the UAE top-flight league.

• Plays as a striker for German sixth-tier side Verbandsliga.

• He once signed for Belgian side @kvmechelen 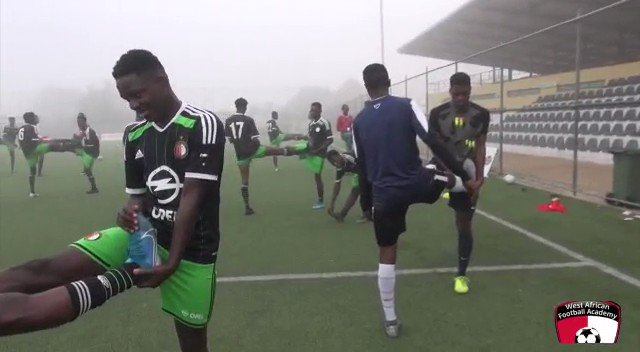 16 people are talking about this
Source: GHANAsoccernet.com
Previous Post

Osman Nuhu
Osman Nuhu is a young dynamic writer who is impacting his generation with his writing skills. CEO of www.Ghanaontheglobe.com . For Business or Advertisement Contact : Call or Whatsapp: 0548555750 Mail: osmannuhukasoa@gmail.com

Despite a sudden spike in infections, South Korea is now winning the fight ...
International

Medical equipment is loaded onto a Russian Defense Ministry cargo aircraft near ...
International

The Government has said that it aims to boost the rate ...

Sarkodie For 2020 VGMA ‘Artiste Of The Year’ Hands Down

GCB Bank speaks on death of client in Banking Hall